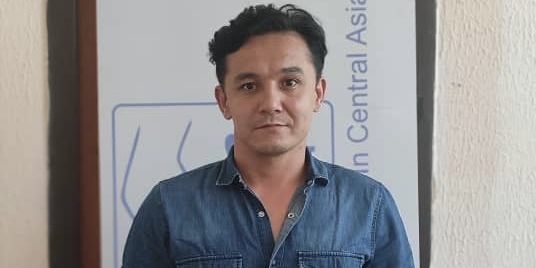 Asif is an Afghan refugee in Bishkek, Kyrgyzstan. He was never able to go to school due to war and poverty, so cannot read or write in his language. When he was 14 years old he went to the UK and was sent by the government to live with a family. When Asif was 22 years old, the Uk deported him back to Afghanistan, where he met his wife and they had a child. When the child was 1, Asif could not find a job, so he
traveled out of the country to find work and send the money back to his family, but during this time, his wife became sick, and because they did not have enough money for treatment, she passed away.

Asif went back to Afghanistan to take care of his son and older parents. But when in 2021 the American forces started to leave Afghanistan, Asif felt threatened, so he left his son and parents to travel to Kyrgyzstan. He was able to register with the government as a refugee but had no way to provide for himself. He is in a difficult place, worried about his parents and his son without a way to help them. When Asif came to the SOC office in Bishkek and learned his story, we decided to help him however we can.